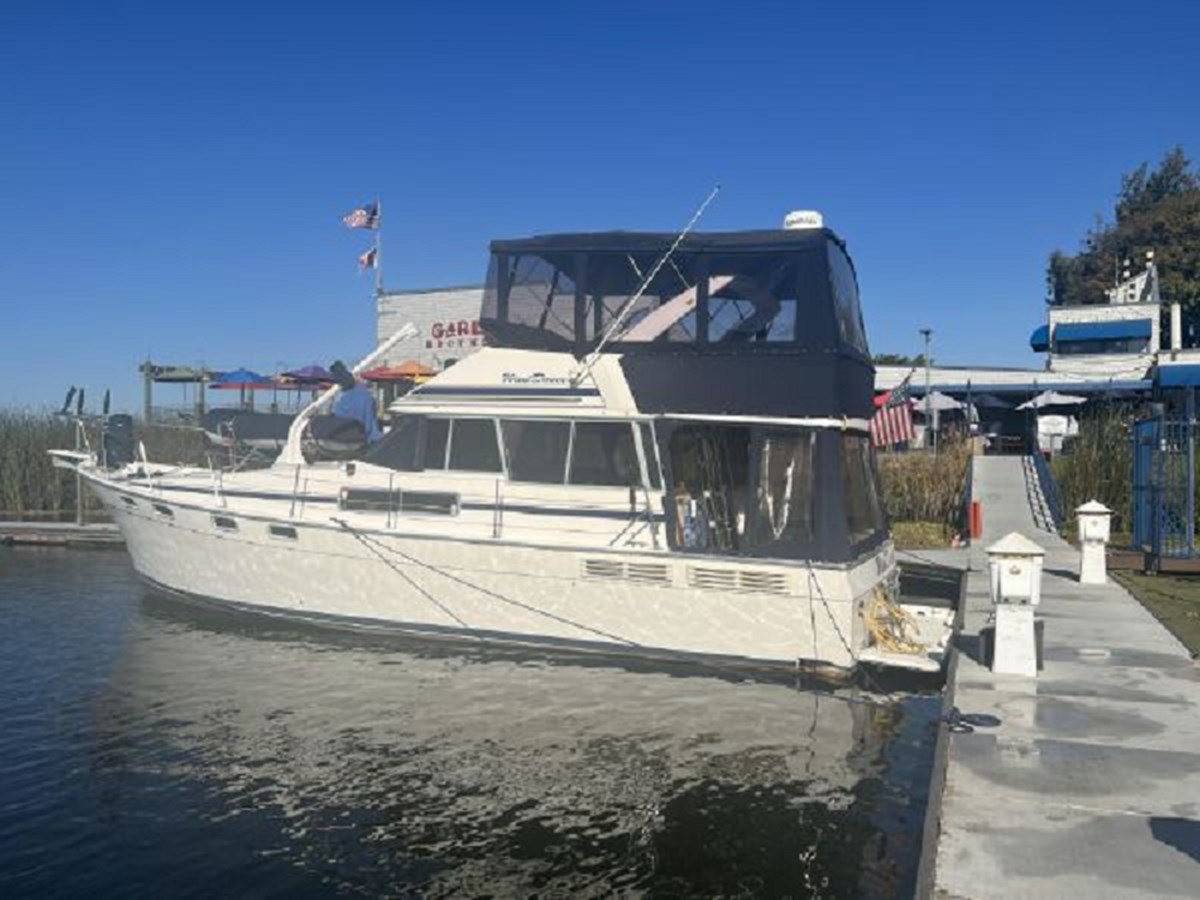 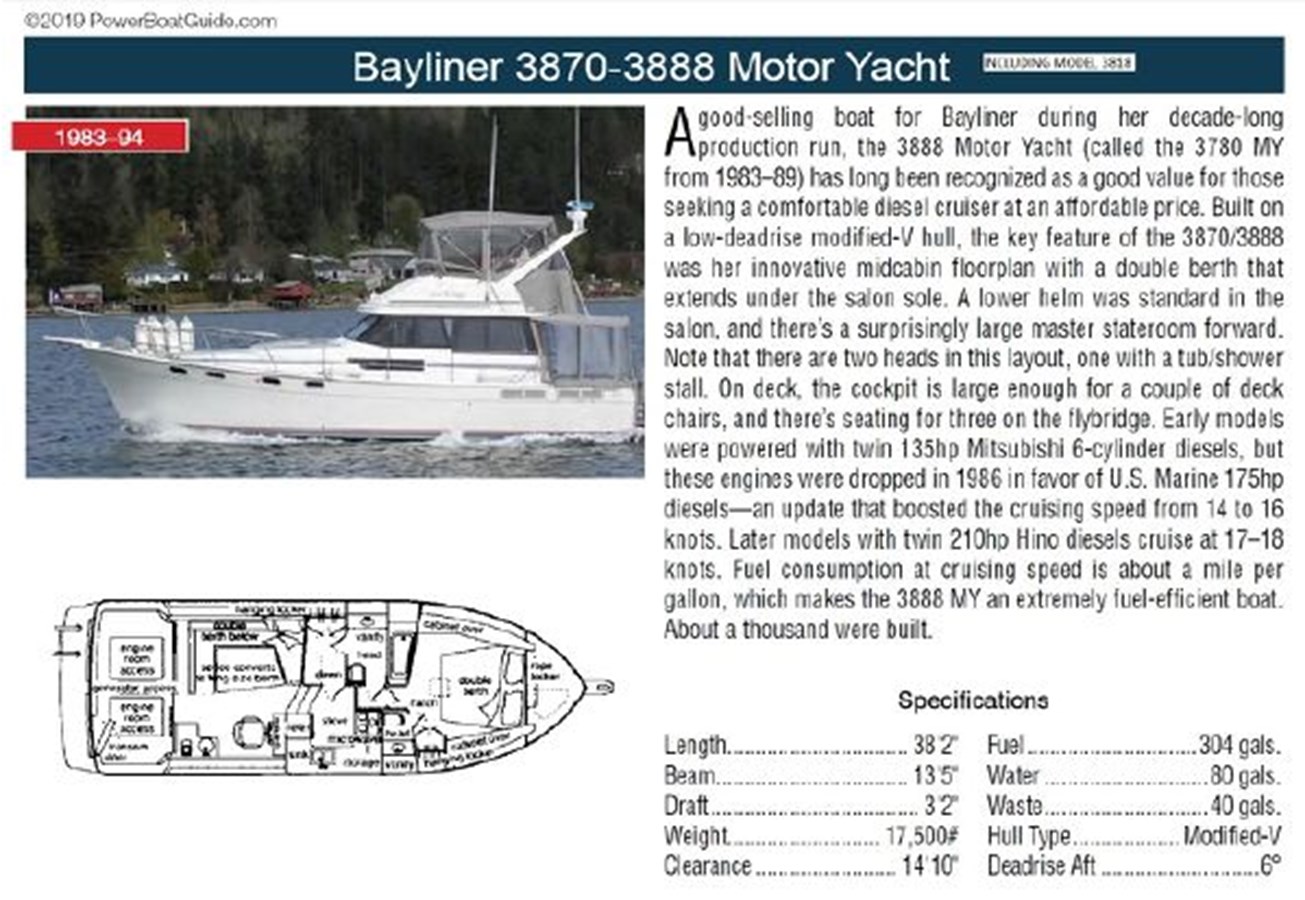 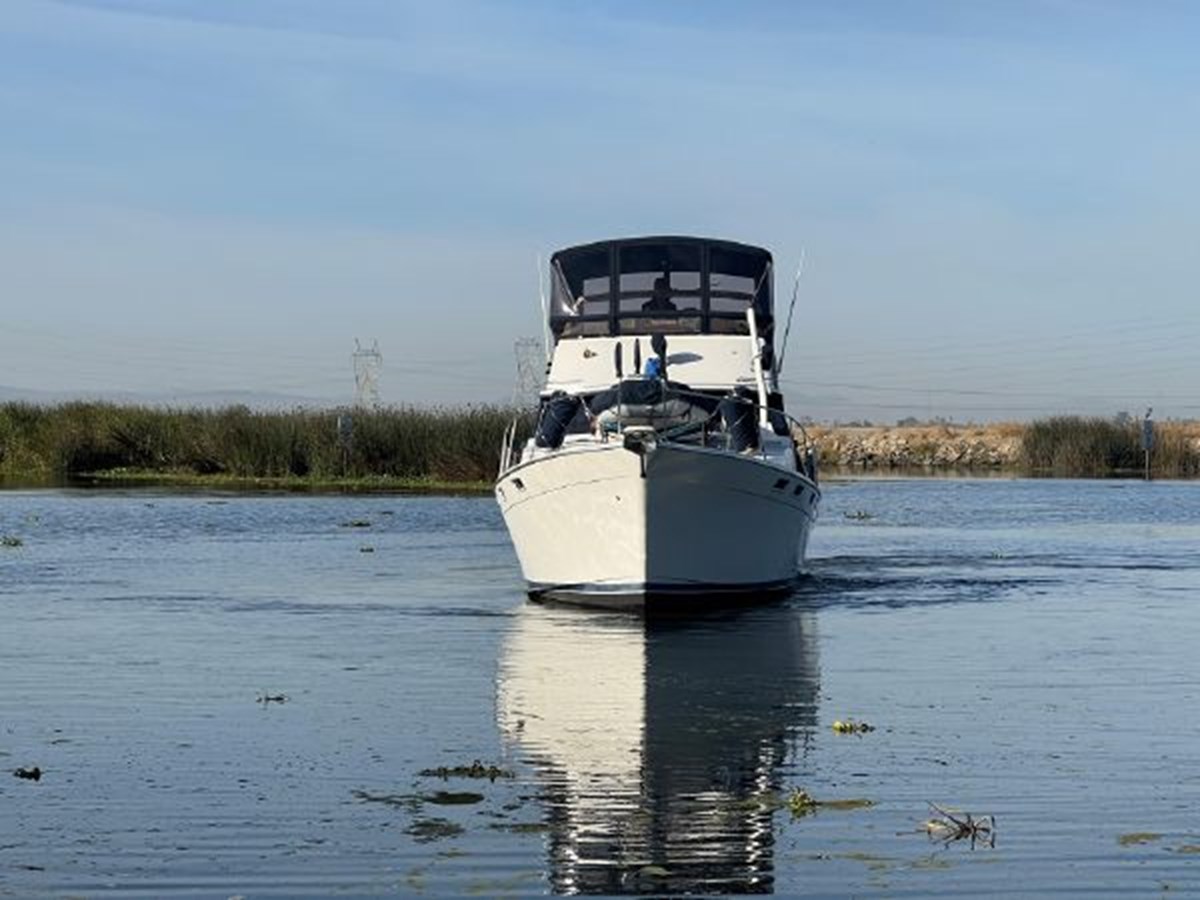 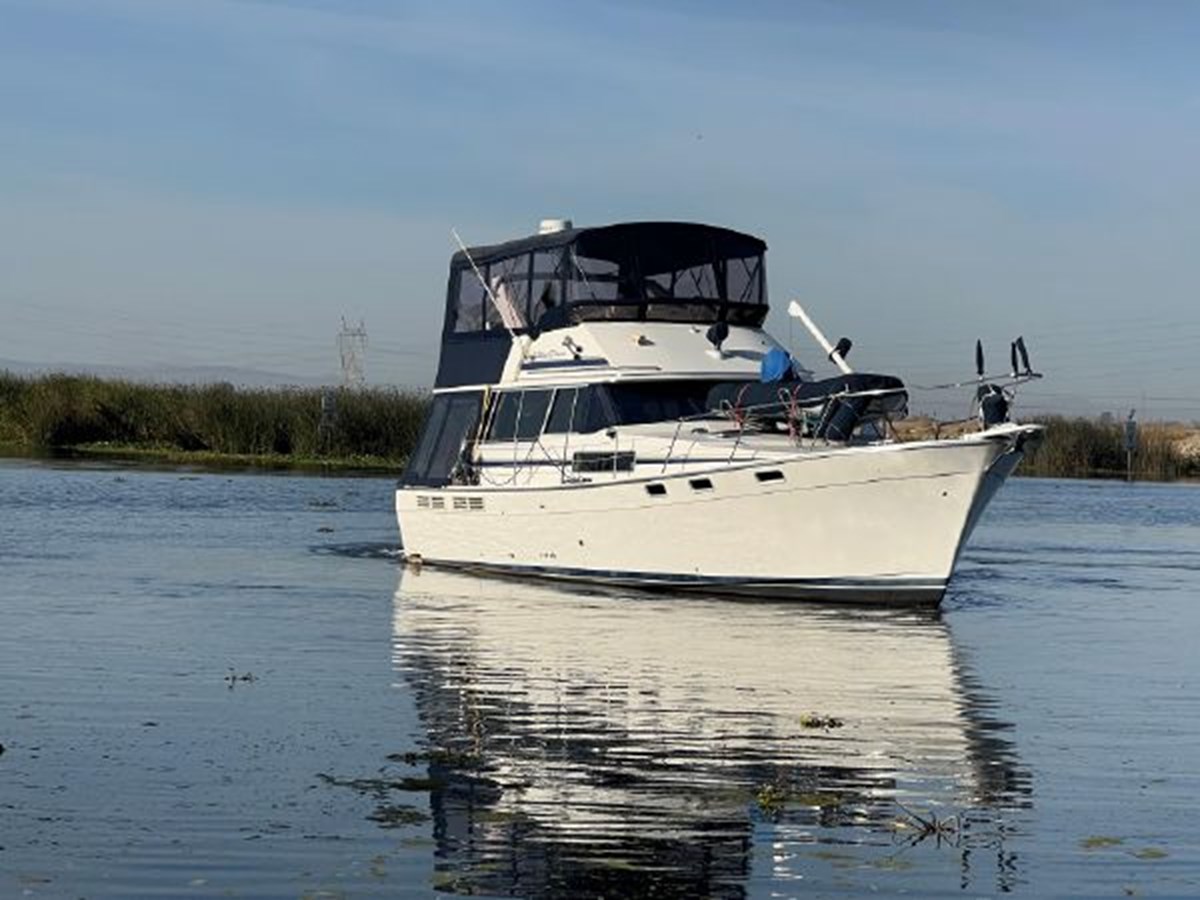 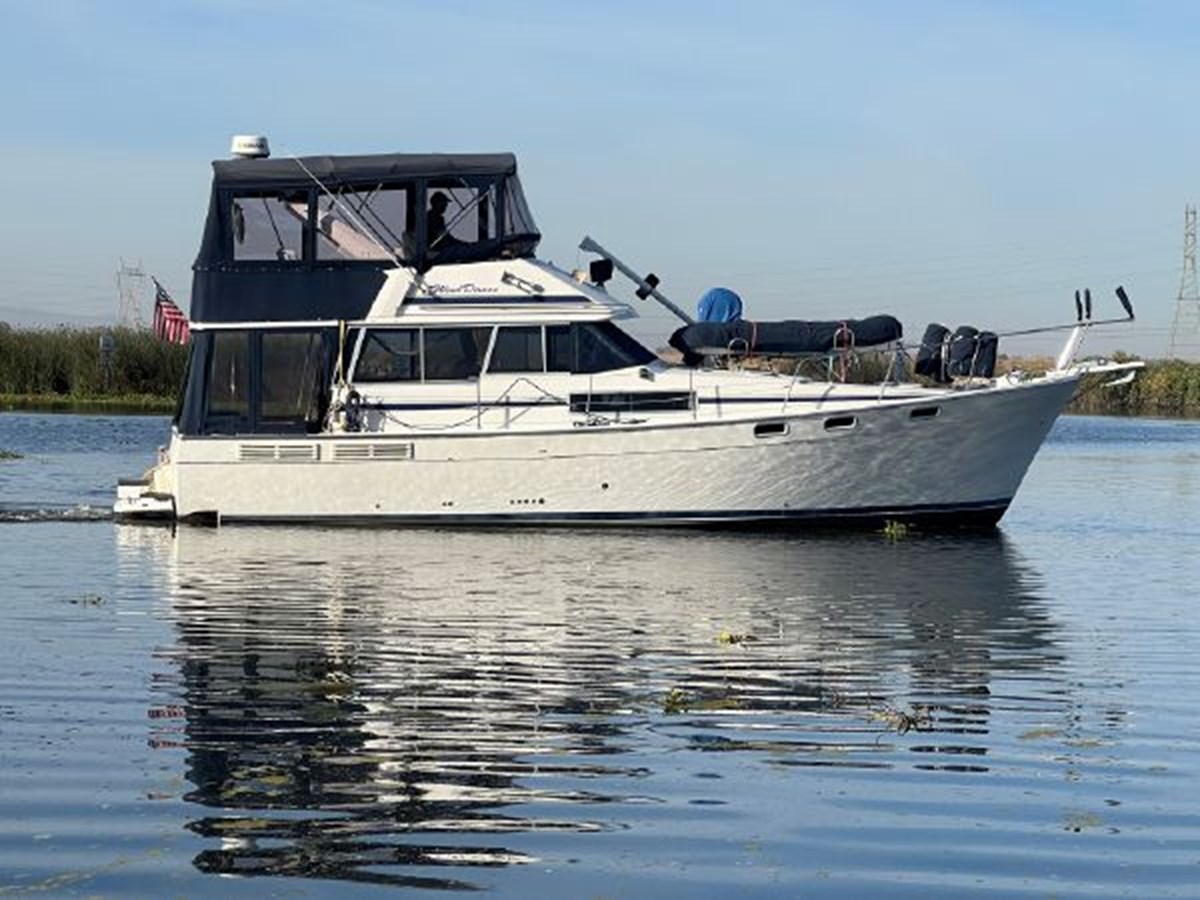 Powerboat Guide says that the 3818 "..has long been recognized as a good value for those seeking a comfortable diesel cruiser at an affordable price. Built on a low-deadrise  modified-V hull, the key feature of the [3818/] 3870/3888 was her innovative mid-cabin floorplan with a double berth that extends under the salon sole. A lower helm was standard in the salon, and there's a surprisingly large master stateroom forward. Note that there are two heads in this  layout, one with at tub/shower stall.  On deck, the cockpit is large enough for a couple of [five with custom extended flybridge deck]  deck chairs on the flybridge."

One of the cleanest boats you'll find.


Board via swim platform through transom door to large cockpit; up to flybridge or through engine room door on port side to access engine room or through sliding door to salon with settee to port, and lower helm to starboard; forward and down to galley on starboard and VIP stateroom to port; forward to guest head on port and forward to master stateroom with en suite head and direct access to tub/shower shared with VIP stateroom.

Deck
NOTE: Survey dated 4/8/13 states: "Stringers: No visual or tapping faults noted. The engine stringers registered in the dry to damp ranges-OK. The starboard inner stringer in the lazzarette and the inner transom knees were wet to the meter-the port inner stringer was damp. The gen-set mount was wet-this is a simple plywood and 2X4 construction that is lightly tabbed to the hull. Under Recommendations, section B number 9 it states, " Gen-set stringers-Monitor for movement. Plan on rebuilding. No other mention of stringers condition is noted in recommendations.